From Not Listening to ODD 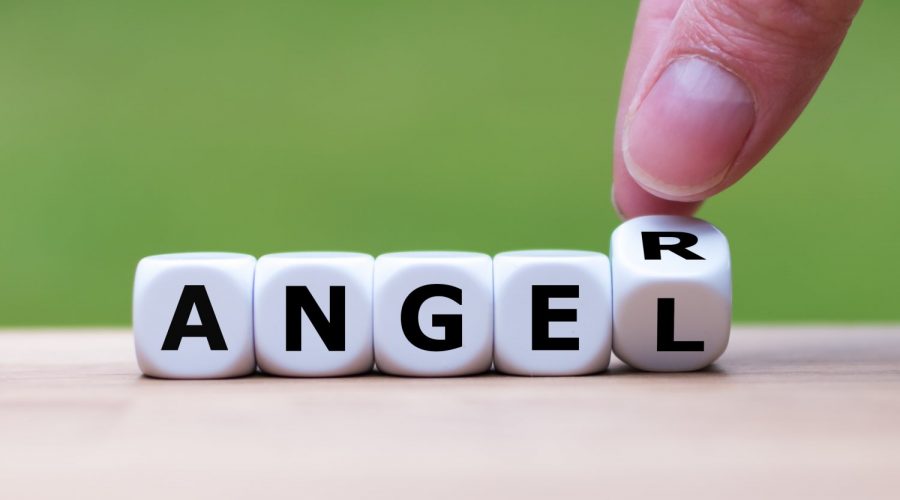 From Not Listening to ODD

The most frequent reason to seek mental health services is one or another form of misbehavior. Not listening, arguing, fighting, stealing or swearing are kind of problems that are ‘in your face’ and hard to overlook. For this reason, the clinicians call these problems externalizing problems and the kids displaying them, externalizers. This is to distinguish from another large set of problems like anxiety and depression that are referred to as ‘internalizing problems’. Not everybody falls neatly into one of these categories and many children and adolescents present with both types of features. They are both externalizers and internalizers. But, this is a useful way to organize the list of problems that one may present with.

This post is about what in the field of psychiatry is called Oppositional Defiant Disorder (ODD), a condition that, as the name has it, is about very significant oppositionality and defiance. Will also touch on the more severe form of ODD that goes to the point of having significant aggressive and antisocial behaviors that is called Conduct Disorder (CD). Before we get to symptoms it is important to distinguish these disorders from more typical or even normal behaviors that may be similar. Almost all the disorders that can be diagnosed for children and adolescents have features that, at some level, border on what we call ‘normal’.

So let us start by exploring some of these behaviors in their most usual meanings before we get to speak about disorders. This will take us the rest of this post and the rest of the other.

We are not hardwired to listen.

There is nothing written in stone that we should do all the things we are asked to do. This is also true for children. Most children are reasonably compliant many times, some are very compliant most of the time, but some are only rarely compliant. Will talk about the role of temperament on behavioral problems somewhere else.

Behavioral noncompliance is purposefully not performing a behavior that has been requested by a parent or another authority figure. There may be reasons for this, and the child may or may not be able to speak about them. For example, if the child feels self-conscious about reading, well, that is a negative emotion, the kind of emotion we feel compelled to avoid, he may refuse to do the reading on the account of not feeling bad, not necessarily because he wants to give you a hard time. If you try to press him into doing something not-preferred then indeed he might start to show irritation directed at you. It may look that the child is defying you and your authority but the problem may originate somewhere else. Many, maybe most children are ‘selectively noncompliant’, that is, they are not compliant with a group of things while being generally OK with many other ones.  Usually, if the task that is demanded is unpleasant for some reason, or felt to be ‘hard’, or create a negative emotion or just ‘not-preferred’ it is more likely for it to be avoided, postponed or plainly refused.

A point I think to be important. We live in a society that values grit, hard work and sacrifice, so when somebody talks about something to be unpleasant or hard or creating negative emotions there is a strong reflex to say ‘tough luck my friend, you should have seen how things were handled when I was a kid’. While some tough love may be just perfect sometimes, it is not always. We are ahead in the process of helping someone we love if, when annoyed by some of the things he says or does, we manage not to react, not to be moralistic, and learn to take things neutrally. To take things just as they are, without our own fear or anger. And, keeping a stance as close to neutral as is humanly possible is NOT the same thing as accepting to be treated as a doormat. More about this in the future.

What we call clinical defiance is negativism for its own sake, a resistance to parental control and a willingness to break set rules that is beyond typical stubbornness. The noncompliance is doubled by overt behaviors such as temper tantrums and whining in response to parental requests. As we discussed above, normal defiance and clinical defiance are in a continuum, and, together, run from mild and ‘cute’ to severe and unbearable. Some of the symptom variations can be seen in the image below. As you can see, symptoms are organized based on two principles. The first is ‘destructiveness’, that can be high, like in ‘assault’ or low, like in ‘touchy’. The second is whether the behaviors are overt, in your face, like in ‘blaming’ or covert, hidden, like in ‘fire setting’ or ‘lying’. 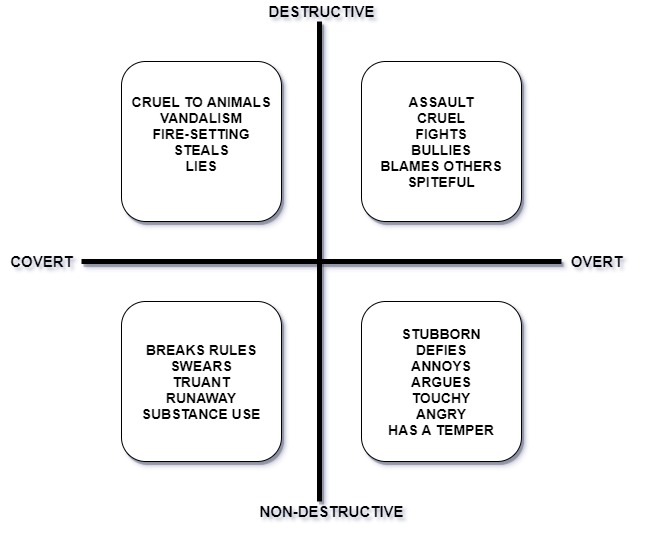 This was the first part about defiant and/or aggressive behaviors. In the second part will present some of the causes of behavioral disorders.