7 Development of the school-age child 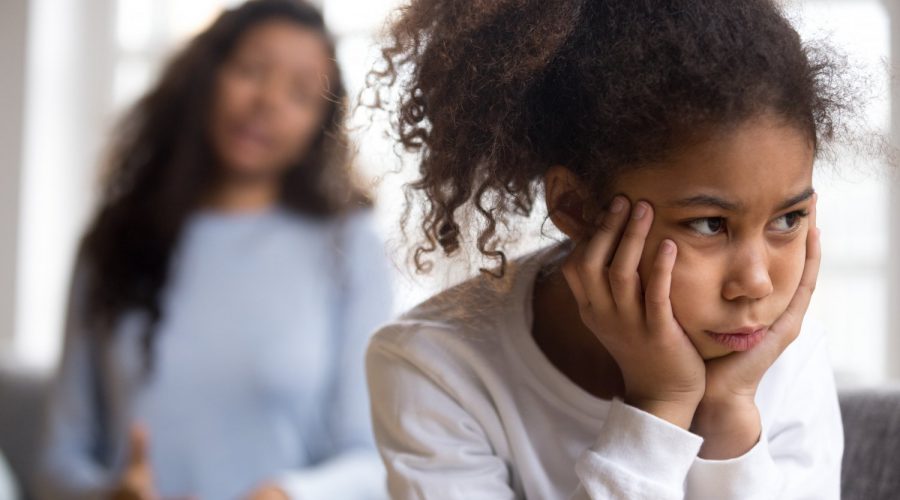 7 Development of the school-age child

Spans the age from when a child enters primary school through the onset of adolescence.

Somewhere around age 6-7 most children will transition in their way of thinking from a world of appearances, feelings and whim (the world of magical thinking) to a world that is governed by logical necessities (realistic construction of reality). This sounds like a big thing and it is. To be sure, and this is true of all these ‘milestones’, we are not talking about achieving the task of realistic thinking but starting to separate reality from magic.

In the preoperational phase of cognitive development, the reasoning is ‘intuitive’ and characterized by egocentrism, animism, and centration.

Egocentrism – children at this stage are limited in their ability to take someone else’s perspective. They only see things from their own point of view.

Centration – centering attention on one aspect of an event or problem – even when multiple aspects are important.

Animism – acting ‘as if’ and believing that inanimate objects have lifelike qualities and are capable of action.

Essentially things are boiling down to what the child can do mentally with her mental representations.

The preoperational kid sees herself at the center of the universe, therefore at the center of everything good and everything bad (egocentrism). If her sister got a toy and not her, she is upset because she will only look at this aspect, ignoring the fact that she got a toy yesterday (centration). When she loses at a game she will throw the game on the floor as if the game was responsible (animism).

What happens after the transition to ‘concrete operations’ is nothing short of a miracle. In practice this is a gradual process and contributes to the drastic sense that the child ‘changed so much’, that ‘she is so much more mature’.

She will start putting together several aspects of a problem (de-centration). In the example above, she will be OK with her sister receiving a toy because she got one the day before and anticipates other good things in the future. It is not that she ‘chose to be nicer’, it is that now she ‘can be nicer’ because she can keep in the same thought both the disappointment and the memory of past good things.

Conservation is a big thing, that is essentially the capacity to reason that a blob of play-doh that was pressed from being roughly spherical into a sort of tube still has the same amount of pay-doh despite now being thinner. This opens the mental possibility to reason that something may change in some respect while still being the same. A child capable of conservation will do much better reasoning. ‘Even if I cannot play games today, I will still be able to play games tomorrow’ (conservation and de-centration). Believe it or not, but a child without this ability, who lost access to video games today, may very likely feel that the games will never, ever, be available to her. As a result, it is much more difficult to soothe oneself or console oneself with this temporary loss.

Capacity for conservation is key but there are other ‘operations’ that become available. One is classification, or the ability to organize things by categories defined by characteristics. Because all these plastic things belong to the category-toys, they all need to be put in the box, not just the legos.

Seriation is the capacity to create an orderly sequence along a quantitative dimension such as height. This only appears trivial but without the capacity of seriation I cannot judge that my mistake being bigger that the mistake my sister did, I should accept that my punishment should be bigger.

Reversibility is being able to return mentally to an earlier point in the process. Without this one cannot go back, step by step to do a ‘root cause analysis’ of ‘what just happened”.

Associativity is the capacity to comprehend that combinations may be made in different orders with the same result.

Later on, the child will understand that sometimes reversion is not possible, that a dead pet is not coming back or that some things needs to be done in a certain order (like socks need to be put first and shoes after).

A lot can be said about this transition from magical thinking to logical thinking. Sometimes it can be delayed for years. Other times it kind of develops, and it is visible in some circumstances, while it gets ‘lost’ in others. We call that ‘regression’, a return back to a previous developmental stage. Understanding when and what causes these setbacks is part of the more subtle assessment of the patient. ‘Working on it’ is one of the core tasks of all forms of therapy.

Lawrence Kohlberg took inspiration in his approach from Piaget. The whole story is more complicated (might do a post on it someday) but for our topic here, will touch on some of the basic (and practical) aspects of the theory.

Why is a child doing the ‘good’, the right thing, or the moral thing? ‘She knows right from wrong’ is a frequent statement of a parent struggling with her child’s behavior. Does she?

An important aspect of the transition to school age is the obvious fact that the child now is interacting much more with other kids, with teachers, staff and faces a ton of new ‘rules’. Some of them are similar with the rules existent at home but some are different.

Kohlberg describes that many children in school age, they change their way of thinking about right and wrong. He talks about the child shifting from a pre-conventional to a conventional level of moral development. I think the most direct way to think about this is to consider the conventional level as an acceptance to conform to societal norms. Kohlberg also talked about a post-conventional level, in which the individual, typically an adolescent or an adult, will consider to ‘do the right thing’ not as a way to conform to expectations but because deeply held ethical beliefs.

We will not talk here about the post-conventional level, because, well, we are talking about school-age kids.  Here is the gist!

Infants and preschoolers are generally pre-conventional in their approach to moral things. This level is split in two stages, 1 and 2.

At stage 1, children (typically infants and preschoolers) think of what is right as that which authority says is right. Doing the right thing is obeying authority and avoiding punishment.

What is the authority saying I should do? How can I avoid punishment? To the extent that one believes in a single authority who decides what is good or bad, the person is pre-conventional, stage 1 regardless of age.

At stage 2, children (typically preschoolers and school age) are no longer so impressed by any single authority; they start to be able to see that there are different sides to any issue. One is free to pursue one’s own interests, although it is often useful to make deals and exchange favors with others.

What’s in it for me? How can we make a deal? If the Stage 1 was primary focused on possible punishment, the stage 2 is oriented towards potential rewards that can be obtained. It is progress. For the parent though, it may feel a bit like a loss as one is no longer the ultimate authority. The child’s early attempts with stage 2 may be rather clumsy, may try to strike a deal in ways that may appear actually a regression in moral behavior.

At stages 3 and 4, young people think as members of a conventional society with its values, norms, and expectations.

Important to note that in any group there are also going to be rebels, not motivated by conformity in a conventional sense. Think of a kid who is very impulsive and difficult. He will get in trouble quite a bit, so he may gradually feel less attracted by the ‘mainstream values’ offered by parents and schools. As a consequence, he will start hanging out with other kids who get in trouble and will start to act ‘conventional’ vis-à-vis this different set of values. A useful question to consider when working with a rebel is to consider the ways in which, his allegiance to a different ‘set of values’ in fact may be partially adaptive or at least understandable.

Agreeableness vs. disagreeableness is a basic personality trait in the big 5 personality model. Disagreeable people are not less moral but are less likely to do things ‘for convention sake’. Early in life hey are more likely to be seen as rebellious.

At stage 3, children emphasize being a good person (the good boy/good girl attitude). Conforming with expectations and interpersonal accord is the central task.

At stage 4, the concern shifts toward obeying laws to maintain society as a whole. The authority is the law and obedience to the law will produce social order

What is the rule? Why is my brother not attending to the rule? I find this transition quite interesting. Why? Once the child ‘advances’ to this rule, depending on her temperament, style and prior experiences may start to ‘police’ another sibling, usually younger. This is often the cause of conflict in the house and the ‘policed’ sibling will challenge the ‘authority’ of the kid we are talking about. Mom will also get upset as she will state that ‘this is my job, just mind your business’. For the more inflexible of kids this ‘developmental progression’ will look like a ‘behavioral regression’. She will often challenge the parents as well as the ‘letter of the law’ is more important for her than the ’authority’ of the parent. Of course, the solution lies in moderation and flexibility.

Personal worth – is determined by a sense of competence and belonging (in family, peer group, and communities). A sense of ‘good enough’ personal worth is one of the strongest factors in personal resilience. Not having one, is a powerful risk factor for internalizing and externalizing disorders.

Without the confirmation and appreciation of the child’s presence and role it is likely that a sense of inferiority will occur. The emotional risk for the school-aged child is the possibility of feeling inferior if the child evaluates herself as not being able to accomplish tasks.

This evaluation comes first from outside, from a teacher expressing disappointment or frustration, from other children laughing, from parents’ disappointment with grades, or a teacher’s report.

Internal appraisal: by age 8 there is an increasing ability to assess own skills in comparison to others.

Sense of competence: most often ‘kid of baked in’ by the end of middle childhood

The school-aged child is

The peer group can be a facilitating or inhibiting influence in school-aged children’s development.

For better or worse, the opinions and descriptions we form of ourselves in middle childhood tend to continue throughout life.

The development of self occurs through a process of mirroring and idealization.

In order to develop healthy narcissism, the child needs grownups to admire her and demonstrate attunement to her feelings (“mirroring”).

The child also needs to be able to look up to his parents and other role models, and aspire to be like them (“idealization”).

Low responsivity/high demandingness  “authoritarian style”; may (still) be predictive of a positive  outcome in some families.

Is the ecological setting in which children learn.

This transfer takes place in the “zone of proximal development (ZPD),” [the space between what I can do on my own, what I can do with help and what I cannot do even with help].

It is up to the teacher (parent) to ask, “How does this particular child learn best?” and to design an educational strategy that utilizes the appropriate mode.